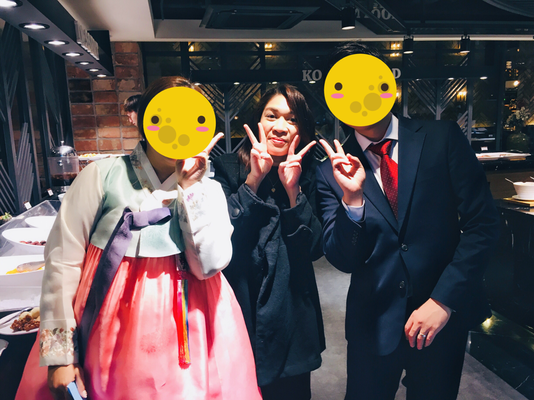 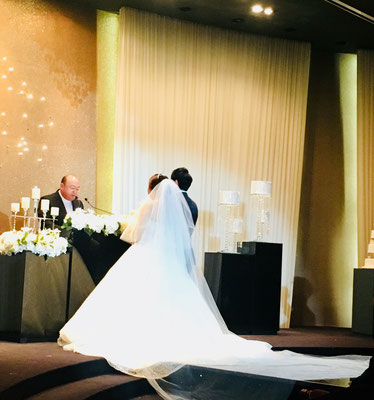 Three weeks ago, I was invited to my former students’ wedding in Busan. I was so excited to celebrate the couple’s big day!

Compared with Philippine weddings (which are typically held all day), Korean ones are short and sweet. Surprisingly, the couple tied the knot twice. The first one was a church marriage because the bride and her family are Catholics. The second one was in a wedding hall which took about an hour.

I attended the second ceremony together with the couple’s families and friends. The bride and groom’s moms wore a ‘hanbok’ which was a Korean wedding tradition. The MC presided the ceremony, the couple bowed to their parents as a sign of respect followed by a short speech from the groom then a brief musical performance and picture taking at the end. The most unforgettable part was the breathtaking bridal entrance which made me sob like a baby haha! Tears of joy!

Shortly after that, a traditional Korean ceremony was held, which was exclusively for family members. The bride changed from her white dress and wore a ‘hanbok’ too. The newlyweds bowed in front of their parents to receive their blessings and well- wishes.

We were handed a buffet card and went to a huge hall downstairs. There were different kinds of Asian cuisine and the place was full of guests from different wedding parties. Then the guests greeted the happy couple, had a quick chat and left.

And that’s my first-ever foreign wedding experience. It was special indeed!