Hi! Last month I went to Kagoshima for six days. I spent most of the time in Kagoshima city and around Sakurajima volcano, but also I visited a very nice place called Ibusuki.

It is a small town famous for its onsens and especially for “sunamushi” (sand bath). I tried it and it was great! But very, very hot. ^_^

Also, there are many beautiful natural sights around Ibusuki. I went to Mount Kaimon which resembles Mount Fuji and can be seen from almost everywhere around the town, Ikeda lake and Cape Nagasakibana. They are a little bit far away from each other, but there is a special bus running around all the tourist attractions. Unfortunately, it runs only once an hour, so it is almost impossible to visit all the interesting places. For example, I didn’t have time to go to the famous “nagashi somen” (swirling noodles) restaurant (which I really regret).

What I don’t regret at all is spending some extra money on buying a ticket for Ibusuki-no Tamatebako, a very unusual train running between Kagoshima and Ibusuki. Inside it looks like a fancy living room rather than a train and because in runs near the seaside, the view from the window is wonderful! 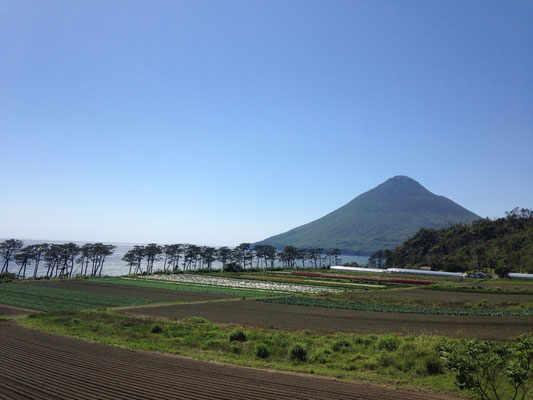 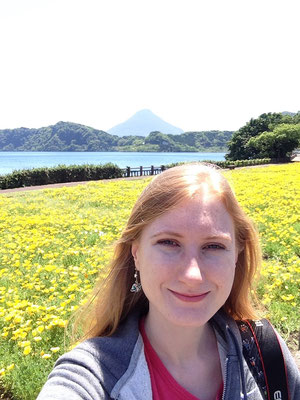 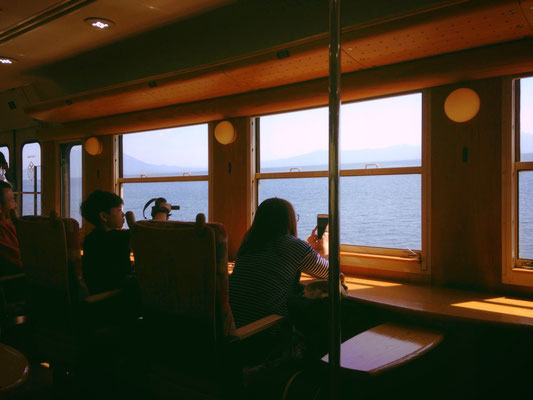